The OISE Dean’s Conference was a valuable conference that gave a space for graduate students to showcase their work.  It was inspiring to see the amount of researchers and breadth of research topics discussed.

I was partnered with three others in a science themed conference.  Lydia Burke looked at perceptions of the western science teacher in a post-colonial context, Darren Glen Hoeg presented on social structures in science education and teacher identity and HyeRan Park presented on the relationship between students’ understanding of nature of science.

With a 15 minute limit, it was hard to get into the entire picture of my research but it was a great opportunity to showcase my findings thus far.  To summarize my presentation I have attached the Power Point presentation slides as a PDF.

My rationale for this project was based largely on the fact I am an urban science educator.  I see on a daily bases what happens in schools and classrooms.  I noticed many males are not taking science passed grade 10 science in inner city schools.  I wanted to find out then what was happening as I believe science to be very important in school, the work force, post secondary and being scientifically literate.  Interviews were based on 18 males from two inner city schools in Toronto.

Briefly, the findings showed that the applied level students were passing at a lower rate than academic students.  The averages of the students interviewed in their grade 10 science course was 54%.  According to the Ontario Science Curriculum (2008) a mark between 50-59% letting them leave science with “limited understanding of facts, concepts and knowledge” as well as “limited ability to problem solve, transfer knowledge, use critical thinking and make connections to the community”.  Sadly students are taking this last science course and not becoming scientifically literate citizens.

My dream is not to have everyone in science, I want everyone to understand it.  A mechanic can not take science after grade 10, but I would like them to understand the chemicals they are working with, and recycle oil and harmful products.  A businessperson making large purchases or company decisions would hopefully understand the environmental impact of their decisions.  As well someone diagnosed with a disease could have a better understanding and not tricked by pseudoscience and miracle cures.

I also discussed what the students thought a scientist looks like.  Over 80% of the students mentioned: scientists are often white older males.  When you Google scientist, you get the same pictures so we need to change the perceptions so that students realize scientists do look like them.

To keep this short, my main implications are to remove barriers, include cultural content and indigenous science, positive teacher-student relationships, give student ownership, more inquiry lab activities, and have community integration.

During my interviews for my study I asked all the participants what a scientist looks like.  This question came just after I asked if they believe learning about their own race is important to their learning.  The students describe almost everything that they were not!  Is this one of the big disconnects? That students don’t feel they meet the criteria of science?  They nearly all described an Albert Einstein looking male.  Below is the table summarized.  What is the cause of this?  Could it be the fact that Western Science is heavily taught in school?  Are cartoons to blame?  The media?  The textbooks? 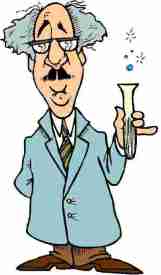 From my personal experience the media/tv shows portrays scientists as an Albert Einstein look a like.  I often watched Bill Nye growing up and I still show my students, sure Bill Nye is a middle aged white male, but the show has many children on it of all backgrounds as well.  The authority figure in the show is the white male, so this is maybe where the students get this from.  Often commercials have a medical authority trying to sell some product and they are also a white middle aged male.  The textbooks that were just released over the last couple years are phenomenal at portraying all kinds diversity from women wearing a hijab to features on key black scientists to sections on students who are researching right now at the high school level.  These books are very engaging and really making an effort to show that ALL students can be scientists.

Below is a chart summarizing the findings.  NOTE all names as pseudonyms and races are what each student told me they identified with.  All answers are word for word transcriptions taken within an inner city high school in Toronto.